Today,we woke up at 5 o’clock,then we took a bath.After that,we had breakfast.Our breakfast menu were Seaweed Soup,prata bread with chicken curry and fried onion.Our breakfast was really yummy.After that,we went to school by bus .We arrived at PHPPS at 8.30.Ms
Margaret Teo taught us about Science.We made some team with our new friends about water and discuss about importance of water.Water is very important. 55% of our blood was made of water.  Then we studied art, our art teacher’s name was mrs.Wheng.She was really good in arts,she was nice,kind,and smart, too. Mrs.Wheng taught us how to make a picture out of lines.We made it with our new friend. We use pencil to draw,then we trace it with a marker. Some of us got paired with a

different gender,and some of us got paired with the same gender. Although some of us got paired with a different gender,our Pei Hwa partner was really kind and helpful.After that,we went to table tennis room to play table tennis.We were so proud of Pei Hwa student because they were so good when they play it.We played it with our friends from Petra and it was so exciting,we played with our friends from Pei Hwa,also.Then,we went to Universal Studio Singapore.First,we went to Madagascar,it was so fun and exciting because we could look many of Madagascar Characters.Second,we looked a film which were produce by Steven.S.Third,we saw outerspace,in the train.Fourth we looked the show of Sesame Street about What Will I be,When I Grow up.It was so interesting to look.Fifth,we looked 4D cinema about Shrek.It was so exciting because our chair could move.Sixth,some of us were playing Rapid’s speed,it was so fun because we could look many dinosaurs.The last place we went was World water.We could look many action in this show.We also felt amazed.The last show was Wings of Time.We could look it at Sentosa Island.The story about true friendship.We liked the lighting,fireworks  ,
water attraction,because it was very amazing.After that we went back to the hotel and had our dinner.We were very tired to day.Good night, see you tomorrow!

First day, we woke up at 6 am. Then we took a bath at o7.oo until o.8.oo 0 clock. We had breakfast at restaurant in the hotel. The food was so delicious, so we ate full. We took a lot of photos, while we waited for the bus. Then the bus arrived in front of our hotel at 8.oo to drove us to Pei Hwa.

We were very excited, because today we were going to meet our buddies. The buddies had a song “Welcome to the family”. At school we played Autograph Bingo Game for ice breaking, it was really fun. Then we learned Chinese Tea Culture at 9.30. It is about how to make a chinese tea. Cheryl, tried to make the chinese tea. Wow, she did very well. The bell was ringing, it is our time to had recess. After that, we were going to study math lesson with Mr Andy Goh. He taught us about triangles.

Then we went to Marina Barrage with our buddies. We arrived at 1.30. Marina Barrage is bigest water treadment in Singapore, so we knew what is the function of Marina barrage now, it is a dam. We took some pictures with our buddies. Finally, we had arrived at Orchad and we looked for dinner at Takashimaya’s food court. After dinner, we walked around to buy some souvenirs for our family and friends at Surabaya like chocolate, key chain and other things. That’s all for today. Wait… for our next story!

Today was our first day in Singapore. We arrived at Juanda International Airport T2 at 7.30 am. We said goodbye to our parents then we departed at 2.15 pm, we flew to Singapore by SQ 931. After 2 hours flight, we
arrived at Changi Airport. Changi Airport was so clean and big.

Next we took our suitcases and the bus took us to Singapore Flyer. It was so high and big. That was so awsome, from the high we could see Singapore like Sentosa Island, Marina Barrage, Esplanade building, Garden by the bay and Merlion. We took a lot of picture. It was so amazing. We ate our lunch at Singapore food trail, we ate meat ball soup noodle.

After lunch, we went to Alive Museum. At Alive museum we took so many photos, it was 3D picture. Then some of us were shopping some souvenirs for their family. After that we went to Merlion Statue, it was crowded because Merlion was symbol of Singapore, it was along journey. We were so tired, then we went to the hotel. Our hotel name is Ibis Novena. Its located in Balestier street. The hotel was pretty big. Finally, we had dinner at the restaurant in the hotel. It was time to go to bed. See you tomorrow …

At 5.15 a.m we woke up and took a shower one by one.After that,we had breakfast at hotel.Some of us were ate cereal.Then the bus took us to Pei Hwa school.
We waited at Hosana room around 10 minutes and went to the hall.The first lesson we joined Physical Education( PE) .,called  handsball. It is not about winning the game,but the most important is team work and helping each others.After that we followed Mr Lie to around the school and we enjoyed school tour.After the recess finished, the last lesson we learned English by Mdm Jessie.She taught us about listening skill.We also learn about spelling English to day.
Horrey,the time was up!!!
After that we waited the bus to go to Science Center.We looked many rocks from volcano,of course we looked many things about human body.We looked cinema about animals and they were so cute but they were have a disaster when it’s raining,storming,and the others.After that,we went to China Town by a bus for dinner and shop many souvenirs.Bye…..see you tomorrow.!

Thursday,9th April 2015.We got  up at 6.am.Then we took a shower,after that we had a breakfast.The bus arrived and
took us to school.We could not wait to start our activities
with our buddies to day.We arrived at school at 8.30 am.
After that,we went to hall stage ,because we had a practise for our performance
tomorrow.After that we went to Hosana room,where we studied mathematic like usually.We studied about “RATIO”, the bill rang,time for recess.At 11.00 am . We were doing some activities . We were went to Bukit Timah Comunity Club . After that we went back to school Pei Hwa at 12.00 pm and had a lunch . We took a bus at 13.00 am .
We could see a whole of Singapore city.at Singapore city galery.Then we went to Bugis for dinner and shopping souvenirs for ourselves and family.
See you next day!

Hello friends,to day is the last
day in Pey Hwa.We woke up at 5.am and the bus picked us
to go to Pei Hwa at 6.30 am.
After we arrived,we directly went to the hall.They had their
morning assembly.They sang gospel songs,praised God,sang Pei Hwa’s song and
Singapore national song.
After that we went to Hosanna auditorium and learned music.We studied music by Miss Jaslyn. She’s nice,kind,and patient. We studied about beat and rhythm. We spread into some groups, and made some body percussion,then we performed it.After that,we must make Self Reflection about our experience in Pei Hwa.Next,we had lunch at Canteen.Then we would perform to our friends fr

om Pei Hwa for farewell. After our school time,we went to Garden by the bay.Garden by the bay was so beautiful,clean and neat and there were many flowers blooming here and there, there are also unique statues, pretty waterfalls,too.
Garden by the Bay looks beautiful at night. There were many lights that makes the place glow at night.
We also looked many flowers which were on film like Snow White,Red Riding Hood and Rapunzel.After that,we took a photo and the went back to the hotel by bus.We had dinner at
7  pm at the foodcourt,the place was near from the hotel.
After that,we got ready to packing,because tomorrow we could back to our home.
Bye,bye Pei Hwa,we miss you! 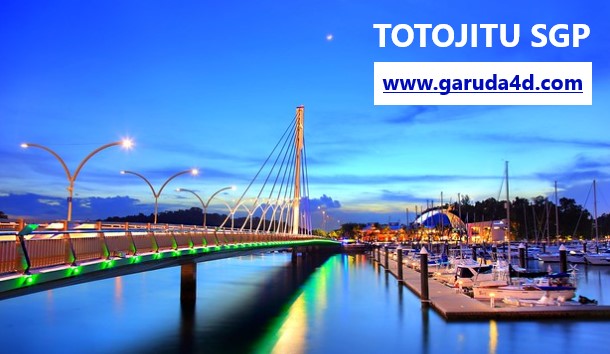